From Backroads and Ballplayers....

Jim Yeager has BS and MS degrees in history and education from the University of Central Arkansas. His career of more than 40 years in education includes, coaching, teaching, counseling, and instructional technology. His love for history and baseball merge in his lifelong interest in the professional baseball players who grew up in the hills and farmlands of rural Arkansas.

Excerpts from Backroads and Ballplayers

…the toughest man in pro sports was not a Dick Butkus-type linebacker. That distinction belonged to Charles “Boss” Schmidt, a weak hitting, inept fielding, baseball catcher primarily known for toughness, demonstrations of strength, and an occasional fist fight.

Hoss Bowlin’s adventures in baseball, both professional and personal, reveal a man of admirable courage and fierce determination. Between the backroads of Greene County, Arkansas and his induction into the University of West Alabama Hall of Fame, baseball had taken Hoss Bowlin from personal crisis, through American social history, to a Cup of Coffee with Reggie Jackson.

After a strikeout, an inning ending putout, or any event he judged worthy, “Pea Ridge” Day threw down his glove and let out a high pitched, prolonged yelp that could be heard blocks away.

There are a few former players whose major league careers are a poignant exception to the norm. These players reached the major leagues, but never pitched, did not play in the field, nor get a turn at bat in a major league game. Otis Davis is one of these men.

Yankee great, Bill Dickey, reportedly refused to talk to young Johnny Sain after seeing him pitch in a high school game, because Dickey had nothing good to say. Sain was laughed at, discouraged, and told to go into the necktie business, but father and son would not give up. 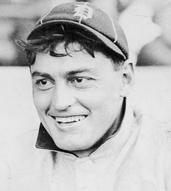 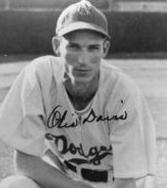 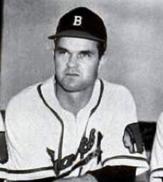 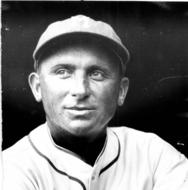